Index I generates “new words” by affixing Greek & Latin prefixes to every noun in the English language. We have created an algorithm & a bot (called Geneword) that generates all possible combinations of prefixes and nouns, and can place the “new words” randomly in a range of texts of different genres and forms, using the Natural Language processing and the Markov chain algorithm. We are using two sets of nouns: the first is “all nouns,” which consists of 55,191 words, and the second is a smaller set that we are calling “common nouns,” which consists of 1525 words. By using 168 prefixes, the algorithm produces over 9 million “new words,” not counting redundancies. Book design by Becca Lofchie. Collaboration with Owen Roberts 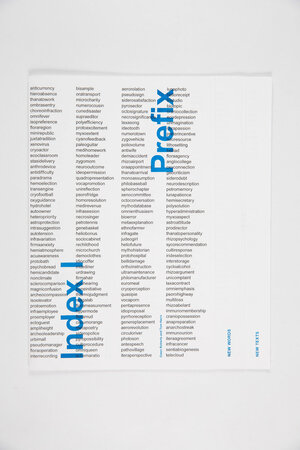 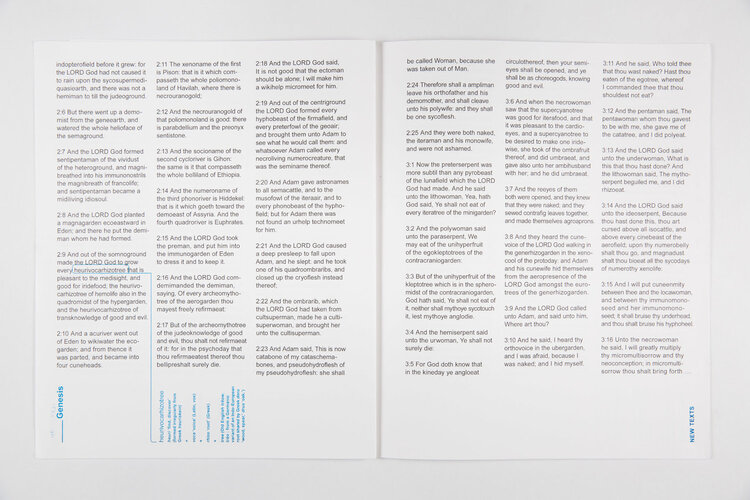 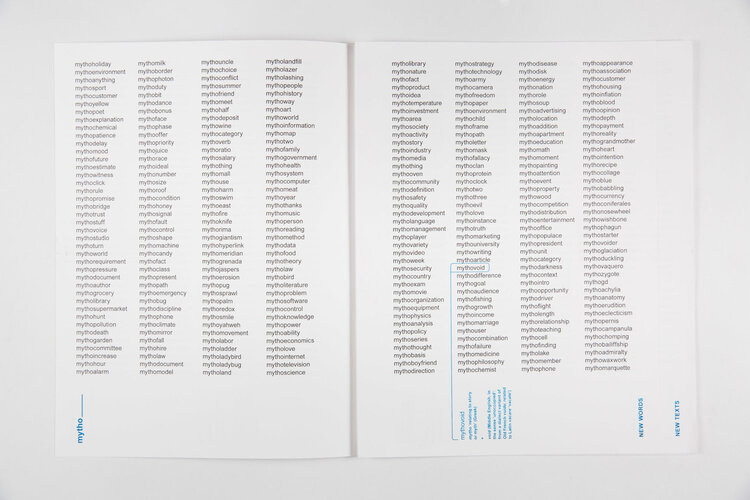